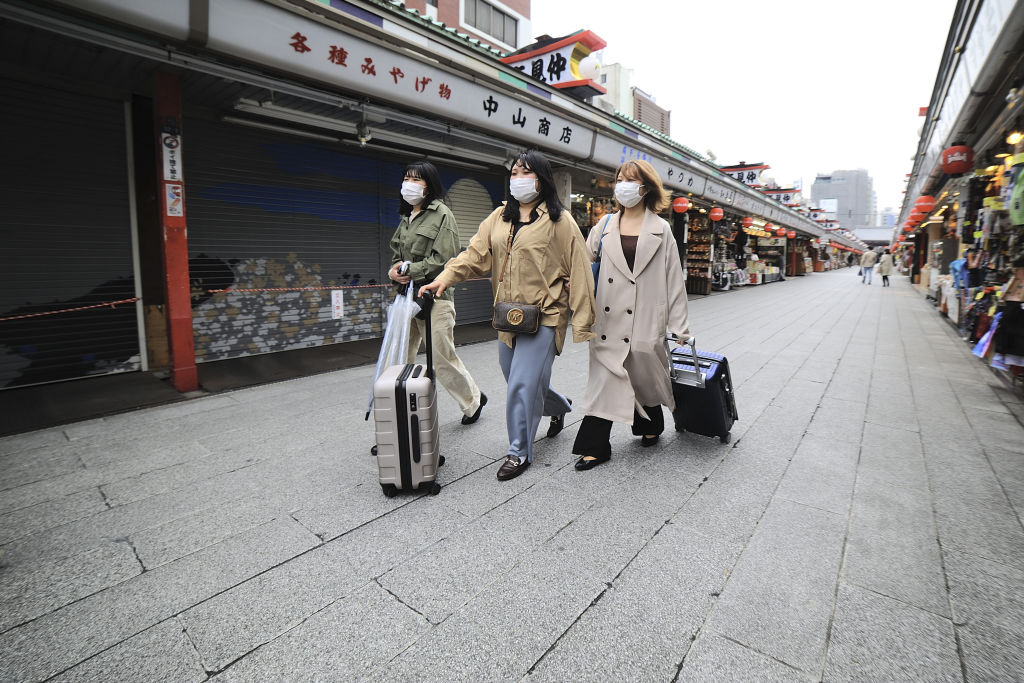 The Japanese reaction to pandemic caused by SARS-COV-2 virus shows some profiles of interest, especially if compared to those of the European countries. At the moment, in Japan there has not been so far a high number of infections. Thus, the Government has chosen to use a “soft power” approach to the issue, which some have blamed on the desire to confirm the organization of the Tokyo Olympic Games scheduled for this summer[1], and which now actually have been officially postponed. Drastic measures have not been taken, since the Government has “asked” – not ordered – for schools to be closed and strongly discouraged the organization of events that involve the meeting of groups of people, even cancelling some events, such as sumo tournaments[2]. Tokyo Governor’s Yuriko Koike simply asked people to stay at home and to refrain from all non-essential outings[3].

On March 14th, a Diet’s enactment of revise law allows the Japanese Government to declare the state of emergency[4], which only recently has been done[5]. Then, no law has forced people to stay at home, but they have just been requested to follow some rules (social distancing, wearing mask) to prevent contagion.

This use of soft power seems typical of a society of Confucian tradition, where unformal law and social norms are respected alike State law, so a piece of advice given by the authority applies as an order[6]. In general, Japan has so much tradition of informal law that it has become a stereotype of a country where people “don’t like law[7]”. However, not all Japanese share this cultural trait in the same way[8], so it is possible that in the absence of a real prohibition, not all people will stay at home and practice social distancing. In fact, on Hanami – the traditional cherry blossom festival – many Japanese celebrated as if the pandemic were not there. So, the Government seems to practice a “Confucian style” lockdown, where people do not need a formal law to stop mass gatherings and stay at home, but they do it by themselves.

This “Confucian style” approach also has involved religious organizations, which have not been restricted in their religious freedom. Art. 20 of the Japanese Constitution protects religious freedom and guarantees free access to places of worship and performing religious rites. In other countries, such as Italy, the freedom of worship has been strictly limited by Governments in order to contain pandemic[9], while currently in Japan no formal rules restrict constitutional rights of religious communities. So, ritual activities can freely take place, although some monotheistic confessions have stopped activities involving meetings of multiple people. For instance, the Catholic Diocese of Tokyo has suspended all midweek and festive celebrations[10] and started broadcasting online religious ceremonies. The Tokyo Union Church too has chosen to perform religious rites in streaming and suspended some of its important events “to prevent the spread of the virus[11]“. Similarly, several mosques in Japan have suspended religious ceremonies[12].

Regarding local religious tradition, Shintoism and Buddhism, probably their first role against pandemic may be traced as part of the Japanese cultural background. Shintoism, the ancient Japanese faith, conceives the purity of the body as the first requirement to live in society and to approach the sacred, and even Japanese Buddhism pays attention to purity and respect for the other people. Given the contribute of these religious traditions founding the Japanese culture, over time religious rules on hygiene of body and spirit have become part of social rules. So, wearing a mask, washing our hands, paying attention to daily hygiene practices have all become a social sign of respect for one’s own and others’ health. Respect of hygiene rules now have been conceived as a cultural norm which exceeds the religious-only field – also because Japanese religions have not actually “divine law” – and they are seen as a way of being of the entire population[13]. Additionally, it’s useful to observe from an institutional perspective Japanese religions actions to combating contagion. According to the Shinto’s point of view, people pray to kami (“Gods, spirits”) to achieve good fortune and health, so some religious rites have been officiated praying kami for the end of pandemic. For example, the Shinto Shrine of Kamigamo, in the usual ceremony of March 3 in which it usually performs a public rite for the health of the country, was dedicated this time to praying the end of the epidemic and to offering votive peach flowers and magnolia, which is traditionally believed to protect against disease[14].

Moreover, the Jinja Honcho, a religious organization gathering 80,000 Shinto shrines, has disseminated useful indications to manage the pandemic, arranging the cancellation of some important matsuri – Japanese traditional and religious festivals -and meetings[15] to the priests through its official publications (Jinja Shinpo) Although they have to agree with the civil authority on the use of public space[16], Shinto shrines enjoy some autonomy about the celebration of matsuri, which become local festivals and attract a large number of people, both as participants in the collective ritual, and as tourists who just want to attend the event. Furthermore, the traditional ablutions of the faithful before entering Shinto shrines have been adapted to the need to improve their effective sanitation and avoid contact between people who could spread the virus, for example converting traditional ablution tools into more modern and safe ones[17].

Religious institutions, with cancellation of larger gatherings and adapting religious rules, maybe also go beyond a mere application of Government’s soft power approach, so it appears to be an act of responsibility towards faithful and the society.

Over time we will be able to understand whether the “Confucian style” lockdown has paid off and whether the contribution of religion has been enough. Given the increase in the number of coronavirus cases[18], a more decisive intervention of the State seems necessary, instead of waiting for another “divine wind” (kamikaze) to save the Rising Sun.

* Ph.D. candidate in Law and Religion at University of Pisa.

[13]Cfr. M.E. Kruglikova, Cultural and social practice of traditional religion in everyday life of modern Japan, in Journal of economics and social sciences, 2013, 3.