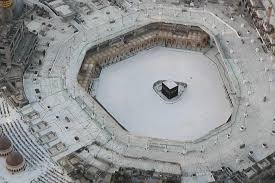 The pilgrimage is a universal form of worship. All world’s religions have places, which we may define “sacred”, to where believers go to pray, sometimes also to ask for healing or for protection by a disease[1].

In the Jewish tradition, pilgrimage appears as an obligation since the destruction of the Temple, that occurred in 70 A.D. by the Roman troops. In the Bible we can read that through Moses God said to his people to go to Jerusalem Temple to honour him three times a year, during the main holidays. Archaeologists recently unearthed a stretch of the ancient pilgrims’ road, which dates back over two thousand years and which connected the Siloe swimming pool to the Temple[2]. The mandatory pilgrimages ended with the destruction of the Temple, but voluntary pilgrimages continue to the present day: the believers reach Jerusalem in order to pray where the temple stood. In 2019, nearly one million Jewish pilgrims traveled towards Israel.

The pilgrimage spread among Christians, already in the early centuries. Egeria (or Eteria), a roman pilgrim, in the IV-V century described in a Diary her pilgrimage to the Holy Land. Before her, in the third century, Eusebius of Caesarea described in his books the pilgrimages of believers that wanted to see with their own eyes the places where Jesus had lived. In the same period, believers became pilgrims to Rome, visiting the places of the martyrdom of the Apostles Peter and Paul. In the Middle Ages, shrines became important not only from the religious point of view, but also from the economic and cultural one, and pilgrimage became a particularly heartfelt expression of the Christian faith. Some pilgrimage routes were drawn, for example the Via Francigena, or via Romea, and the Camino of Santiago. The spirituality of the pilgrimage has come down to our days. The twentieth century witnessed a great flowering of shrines and pilgrimages, and the Popes themselves have given an example by making pilgrimages in many parts of the world. Unesco has declared several religious itineraries as a World Heritage Site.

In the Islamic faith, pilgrimage is particularly relevant. In fact, the pilgrimage to Mecca constitutes one of the five duties of the faithful, obligations which characterize membership in the Umma. This ritual pilgrimage must be done during the sacred month (dhu al-Hijjah), though it is possible to visit Mecca all year round for a minor pilgrimage (Umrah). Among the rituals that pilgrims must do in Mecca one is closely linked to diseases: pilgrims go to the source of Zamzam, whose water is believed to be therapeutic, to drink it and take some with them when they return home. Islam also has other sacred places. The Shiites venerate some saints, and they go on pilgrimage to pray on their graves, as in the city of Karbala (Iraq). Pulau Besar, in Malaysia, holds some sacred sites that sufi pilgrims reach by ferry.

The pilgrimage is also practiced by the Hindu believers: in India the Char Dam Yatra road leads pilgrims towards four sanctuaries and it reaches the sources of the Ganges river[3]. Buddhism also has its places of pilgrimage, linked to the life of the Buddha (birth, awakening, first speech and death). In Japan, the pilgrimage route called Kumano Kodo leads to an important Shinto shrine: it has been listed in the UNESCO World Heritage Site since 2004[4].

2. Pilgrimages and the spread of Coronavirus

The Coronavirus pandemic, which affected the whole planet, involved also pilgrimages, for several reasons. During the first weeks, when the extent of the infection and its dangerousness were still not completely clear, some pilgrimages became a vehicle of infection. In Iran, during the first days of March, pilgrims in the Shiite holy city of Qom gathered in the sanctuaries and, showed their reverence for the bodies of the saints kept there, kissing and licking the doors of the sanctuaries and the walls of the tombs, as an ancient custom suggests to do.[5] In the following days Qom became one of the areas most affected by the epidemic, and Iran one of the countries of the world with the most infections.[6] In Italy chronicles report that the first 5 contagions recorded in Trentino in early March are related to a pilgrimage, since the infected people had all travelled by bus to Assisi, together with a friar later identified as the patient zero of the region.[7]

Just to avoid the risks of spreading the virus, pilgrimages, like the other acts of worship that involve gatherings of people, were immediately suspended by all religions. Particularly relevant was the decision of the Saudi authorities, under whose jurisdiction the holy places of Islam are located, to stop pilgrimages to Mecca, both the voluntary ones, and the great annual pilgrimage, which in 2019 had seen 1,800,000 pilgrims gathering from all over the world.[8] This year the Hajj should have started in late July, but the Riad government has decided to suspend it several months in advance. It is an exceptional event, although not unique in history. Over the centuries it occurred several times that an epidemic spread during a pilgrimage to Mecca.[9] In 1865 a cholera epidemic killed 15,000 of the 90,000 pilgrims, arriving then in Europe through some of them.[10] In 2014 the Saudi government has not granted entry visas for the ‘Hajj pilgrims coming from Guinea, Liberia and Serra Leone, countries that were afflicted at that time by an epidemic of Ebola.[11] In general, the risk that such a large crowd could constitute fertile ground for the spread of infectious diseases has long led, in the Saudi authorities, to the decision to impose an obligation on all pilgrims to present, when booking the trip, a certificate of vaccination against meningitis and seasonal flu, and a certificate of good health. Even in Iraq authorities stopped pilgrimages to Karbala and promoted the disinfection of the sanctuaries.[12]

In mid-March, Indian Prime Minister invited Sikh faithful not to go on pilgrimage to the Pakistani shrine of Kartarpur Sahib, closing the borders.[13] In Tunisia, the Jewish pilgrimage to Ghriba, the oldest African synagogue, which was supposed to be held in May and which traditionally gathers thousands of pilgrims from all over the world, has been cancelled.[14]

As for Catholic pilgrimages, in addition to the impossibility to visit Rome (11,000,000 visitors went to St. Peter’s in 2019), pilgrimages to the Holy Land were cancelled (in 2019 630,000 visitors), in Lourdes (about six million every year), in Santiago de Compostela (347,578 pilgrims in 2019) and in all the other shrines, more or less known. On April 24, Belgian directors of organizations treating the trips to Lourdes decided to cancel all pilgrimages, until the end of August, because of “the poor health of many pilgrims”.[15]

These numbers not only tell us how the impossibility of visiting holy sites constitutes a limitation to freedom of expression of the popular religiosity, but they also show us how the suspension of pilgrimages, and in general the blocking of religious tourism, will create a negative effect on the economy.

3.After Covid-19, will pilgrimages also change?

The decision to suspend pilgrimages, together with all other collective acts of worship, finds its justification both in Jewish law and in Islamic law. In fact, in the Talmudic tradition, in addition to the duty to protect one’s own and others’ health, there is a teaching that concerns epidemics. We read: “When pestilence is in the city, stay inside”, which means that, in the event of an epidemic, you must not leave the house. The provisions that impose quarantine are therefore considered compliant with Jewish law, and also the suspension of pilgrimages is therefore justified. It should also be remembered that compliance with state regulations is itself a religious obligation, even more when this obligation tends to protect health and life.[16]

Even Islamic law knows provisions relating to the prevention of contagion in the event of epidemics. An “hadith” of the Prophet Muhammad prescribes: ‘If there is a pestilence do not go to a land, if the land where you are is affected by a pestilence do not get out of it’.[17] On this basis, the Italian Islamic Association of Imams and Religious Guides has published recommendations.[18]
We can therefore conclude that both Judaism and Islam know quarantine in their tradition (and therefore also the suspension of pilgrimages).

The Coronavirus epidemic instead introduces a change in the meaning of pilgrimage for the Catholic Church. In fact, the popular religiosity of Catholics, precisely in cases of danger and epidemic, resorted to intercession, processions and pilgrimages. The sick seek comfort and healing in prayer. Many pilgrimages were born, and still today they are made, to ask for a healing, or to thank for the recovered health.

In the Middle Ages, the practice of incubatio spread: the sick settled in the sanctuary where they had come as pilgrims, they slept and stayed all day in prayer until they recovered. One of the most well-known sanctuaries among those where sick people go is in Lourdes, France, but there are many, and not only in Europe.

Some sanctuaries guard the memory of saints who have been venerated for centuries just as protectors from epidemics. The chronicles say that in 1624 Saint Rosalie saved the city of Palermo from the plague. Saint Roc is always depicted with a plague sign on one leg, while it is said that Saint Rita dedicated herself to the care of the plague victims.

Prayer to a patron saint has always been considered a weapon of defence against epidemics; perhaps the most effective weapon in the past, when medical science did not have the treatments and the means of disease prevention that we have today. In the early days of the pandemic in Italy, an article on saints to be invoked during the epidemics appeared in the online version of the Catholic newspaper “Avvenire”.[19]

A trace of this tradition is also in the powerful image of Pope Francis who, in a deserted Rome, went alone on foot – precisely, on pilgrimage – to venerate the image of the Madonna Salus populi romani, kept in the Basilica of Santa Maria Maggiore; then he went to pray in the church of San Marcello al Corso where an ancient crucifix is venerated because, according to the tradition, it saved Rome from a plague epidemic.[20] The two images were then brought to Saint Peter’s Square, where they were placed as background during the exceptional intercession prayer of March 27, and there they stayed during the celebrations of the Easter Triduum.

The pilgrimage has always been a typical form of religious expression, with a strong therapeutic meaning, which in the case of the coronavirus pandemic seems to have given way to the advantage of a prevailing precautionary attention, which has led to the prohibition of pilgrimages themselves. These decisions will probably change the attitude of the faithful towards these forms of prayer. It is possible that after Covid-19 the way the faithful will consider the places of popular piety will never be the same.

* Associate Professor of Law and Religion at the University of Bari (Italy).

[3] See informations regarding the road in https://www.hinduismtoday.com/modules/smartsection/item.php?itemid=5929

[6] See P. Tamimi Arab, On Secularization and the Coronavirus in Iran, in Religious Matters in an Entangled World – Blogs, 29 march 2020 (https://diresom.net/2020/04/01/on-secularization-and-the-coronavirus -in-iran /

[8]The decision was taken at the end of February, just at the beginning of the spread of the epidemic, and firstly concerned only pilgrims coming from infected countries. See C. Giordano, Coronavirus: Saudi Arabia bans all religious pilgrims and foreigners from virus-hit countries, in Independent, February 27, 2020; https://diresomnet.files.wordpress.com/2020/03/coronavirus-saudi-arabia-bans-all-religious-pilgrims-and-foreigners-from-virus-hit-countries-the-.pdf. Just a few days later, on March 4, 2020, the Saudi government decided to suspend pilgrimages altogether; see the news in https://diresomnet.files.wordpress.com/2020/03/coronavirus-larabia-saudita-sospende-i-pellegrinaggi.pdf

[17] See V. Fronzoni, From social distance to Muslim solidarity proximity at the time of Covid-19, in Diresom Papers, April 30, 2020, https://diresomnet.files.wordpress.com/2020/04/fronzoni-muslim-social-distance.pdf

[20] Pope Francis’ twin prayers for an “end to the pandemic”, in Vatican News, https://www.vaticannews.va/en/pope/news/2020-03/pope-francis-mary-prayer-crucifix-coronavirus.html