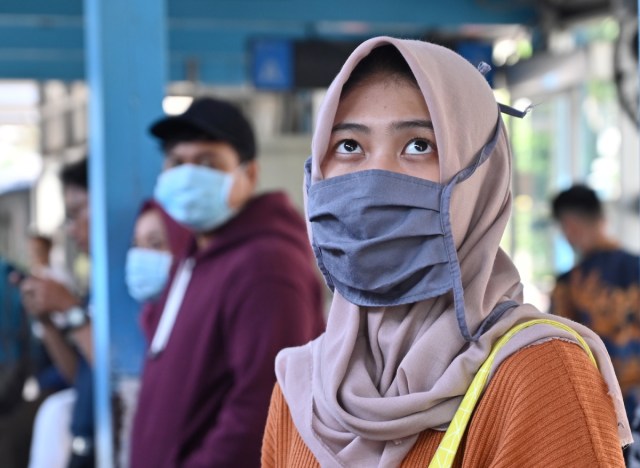 The health emergency triggered by the epidemic caused by the Coronavirus Covid-19 is producing new rules of coexistence. To guarantee collective security, States are reacting by severely limiting some fundamental freedoms: among these, religious freedom – especially in its dimension as freedom of worship manifested in communion with others – is strongly restricted. Many voices have been raised against what seems an interference by state authorities into religious affairs. Some have resisted more or less openly and there have been cases of blatant disobedience.

Such attitudes bring to light ancient questions, obviously never dormant, which have heated a conflict between science and faith. Atheistic thought interprets the same religions as viruses that hinder rational action, causing a dangerous conflict between opposing truths[1]. A few days ago, William Schweicker pointed the finger at the “infectious religion”, accusing the Korean Church Shincheonji of Jesus of having propagated the virus due to the adoption of religious rules, which contribute to the spread of the disease. The faithful of this church cannot wear masks or glasses and must sit on the floor in line with the other believers; they must take part in the rites even in case of illness and must engage in proselytizing activities. Shincheonji teaches that illness is a sin and that members should carry out their mission to proselytize even if they are sick. Luckily Lee Man-hee, the still-living founder of the Church, has urged his followers to abide by the instructions of the Korean government, while claiming that “this disease outbreak is the work of the devil, who is determined to stop the rapid growth of Shincheonji”[2].

William Schweicker himself speculates that the position of the Korean Church is not isolated. To reinforce this thesis, he recalls that, on the occasion of the 13th Congress of the European Society for Evolutionary Biology (held in Tübingen in 2011), the American evolutionist biologist David Hughes theorized a link between the birth of the great world religions and infectious diseases, by virtue of which the former allegedly modelled themselves in relation to the latter. I don’t want to get into this sectorial controversy[3]. However, we cannot fail to note that religious rules have a lot to do with personal hygiene and health. Some denominations related to Christianity, such as the Seventh-day Adventists or the Church of Jesus Christ of Latter-day Saints, emphasize in a special way the link between religion and health, which is nonetheless present in all religions of the world[4].

The Covid-19 epidemic is therefore unavoidably destined to produce effects also on religious cultures, on the way of being of religions and on their laws.

Religious authorities are changing centuries-old rules to tackle the epidemic, just as the young Korean Church has done. For Italian rabbis “the duty to safeguard one’s life and one’s health and the life and health of others is a halakhic duty”, which is equal to that of “observing the health-related recommendations of the competent bodies. These two fundamental duties must be reconciled as far as possible, even if safeguarding life and health clearly takes precedence over everything”; therefore, they envisage unprecedented ritual accommodations[5]. The chief rabbi of Israel has asked to suspend the practice of kissing the Mezuzah and European rabbis have required those who have symptoms related to the virus not to go to the synagogue for the Shabbat[6].

Even the Christian Churches are adopting measures by suspending Lent liturgies and recommending participation in the rites via the web. The Italian Catholic Church has experienced many internal controversies for having voluntarily abided by the exceptional rules established by the government. The choice to distribute the particle only on the hands and not also in the mouth has prompted traditionalist segments to attack the bishops, accused of giving in to the overwhelming power of the state, equated to Soviet totalitarianism[7]. The decision to suspend masses throughout Italy from 8 March has then been considered a “capitulation of faith before the coronavirus”[8]. Episodes of actual disobedience have indeed taken place.

The Islamic world has referred to a hadith that regulates the behavior to be adopted in cases like this one: “if an epidemic should appear on earth, do not go; and if you find yourselves in it, you do not go out of this earth by running away». The Union of Italian Islamic Communities has adopted a measure to conform drastically to state provisions[9], but more generally in all the world Islamic rites are also undergoing many transformations[10].

The battle that humanity is waging against the Covid-19 virus is changing the way we live at an enormous speed. State laws influence religious behavior and old-centuries rules that have resisted many other plagues. It is certainly not possible to draw conclusions, but it is necessary for scholars who deal with the legal regulation of the religious phenomenon to offer their knowledge to follow a process whose development in time and space nobody today is able to foresee.

* Full Professor of Law and Religion at the University of Pisa and Chairmen of Adec.

[6] S. Winer, Coronavirus takes toll on religious life as rabbis advise against ritual kissing, in The Time of Israel, 4 March 2020.

[10] Coronavirus is changing the way Muslims worship across the world, Al-Jazeera, 4 March 2020.