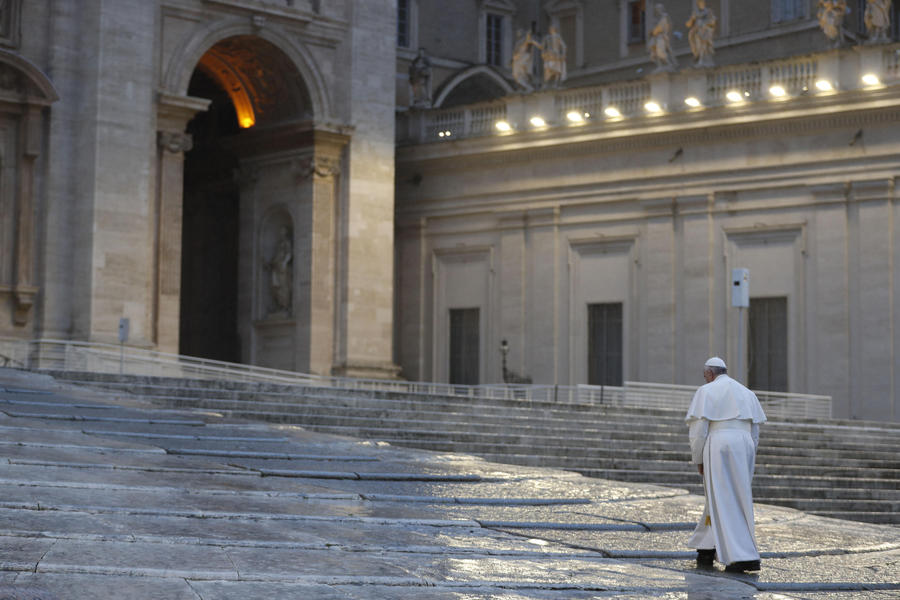 On Friday 27 March 2020 millions of people around the world attended the special moment of prayer with Pope Francis. The apocalyptic images of Piazza San Pietro, empty and shiny from the rain, will go down in history as the symbol of the relationship between faith, religious freedom and the pandemic from Covid-19.

In the most important week of the entire liturgical year, the Church has celebrated the Easter Triduum for the first time without the presence of lay people. Phisical absence, but virtual presence of people: from their homes, from hospice for the elderly, from hospitals all over the world, the people of God concelebrated the entire triduum, in new, unprecedented, contingent, but still valid ways.

It is not the defeat of the faith nor the “outgoing church”, nor an unbrave choice: exactly the opposite.

If there is one thing that this emergency is clearly highlighting, it is the very essence of who is Mother to the Christifideles, the Church, and who is their guide and Pontifex, Pope Francis.

The health emergency highlights some aspects of the Church’s legal order often left in the shadows or forgotten.

The first is the image of this man who alone filled the square symbol of Christianity (and usually full of faithful), reminding us that the essence of the Petrine ministry is to be a “bridge builder” (just ponti-fex) between God and the His people[1].

The second is the true nature of the Church. As postulated by the Vatican Council II[2], it is made up of a people on the move. The distinction between lay and ordained has lost its initial relevance to give way to a concept founding the entire codification of 1983: the populo Dei.

A universal people united by faith, God and participation in divine life through sacramental action, a people characterized by substantial equality but functional diversity.

The words of Vatican Council II are very actual, almost prophetic: “in the Church there is diversity of ministry, but unity of mission”[3].

Each Christifideles in his ministry (and in his vocation) can or, rectius, must contribute to achieve the third fundamental aspect of ecclesiology and which is emerging in its true essence of suprema lex (can. 1752):  the salus animarum which, as the Code says, must always be the supreme law in the Church.

The aim of the salvation of souls gives all other laws a particular character of elasticity, becoming a guiding criterion which, unlike secular systems, allows to change the law to serve the soul and therefore also adapt to changing circumstances.

Examples of this particular elasticity are The “In Covid Time II” Decree of the Congregation for Divine Worship and the Discipline of the Sacraments and the Decree of the Apostolic Penitentiary on the granting of special indulgences to the believers in the current pandemic situation.

The first outlines the physiognomy (also liturgical and ritual) of Holy Week at the time of the pandemic, the second offers the possibility of obtaining plenary indulgence to the faithful coronavirus patients, as well as to health workers, family members and all those who in any capacity even with prayer, take care of it.

In a few days (the decree of the Penitentiary goes back to March 20; that of the Congregation for Worship at 23 and the Pope’s Urbi et Orbi blessing at 26) the Church has put first the health of the body and soul of the believers, reaffirming the importance of the internal forum and domestic celebrations, and sharing the celebrations in new ways (also in the multimedia sense of the term).

In this way, the Church has even exceeded the limits of traditional liturgical forms and administration of the sacraments, activating the extraordinary ones that allow it to carry out the work of sanctification (the munus sanctificandi) so as not to leave the faithful “alone and afraid in the storm”.

For the Catholic Church, Lent is excellence tempus ieiunii et poentitentiae, for this reason the extraordinary indulgence granted by the decree of the Apostolic Penitentiary to those who are in any measure involved in the Coronavirus emergency and extended by Pope Francis toto corde et urbi et orbi on 26th March takes on symbolic importance.

The time of the year devoted to repentance and forgiveness as a preparation for Easter remained unchanged despite the pandemic, thanks to the adoption of extraordinary forms: “collective absolution”, that is of the most faithful together, “without individual confession before”, authorized by the note of the Apostolic Penitentiary and consolidated with the decree ex auctoritate Summi Pontificis, which also granted the plenary indulgence.

All this confirms the main characteristic of this papacy, which with the extraordinary Jubilee of Mercy had already underlined a fundamental point of Christianity. Once again the Pope invokes the Mercy of God and continues to do it even now, even alone, in a deserted square like the world, which looks up in the storm. An Urbi et Orbi Mercy, which overcomes the rigor of the rite and goes straight to the heart of humanity.

* Research Fellow in Canon and Ecclesiastical Law at the University of Trento. 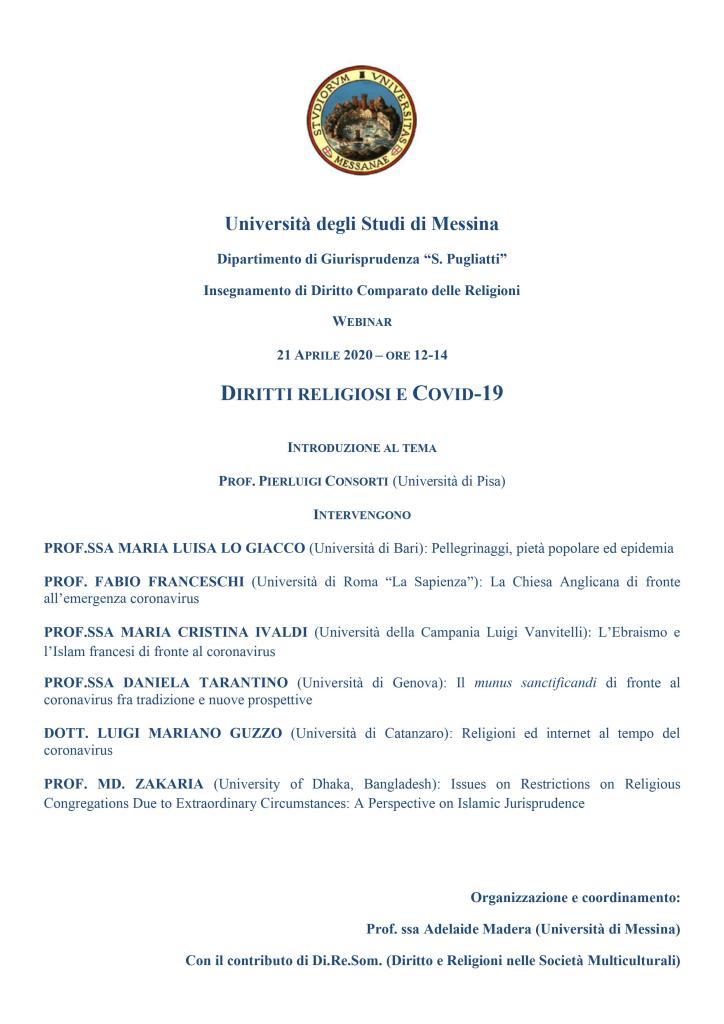 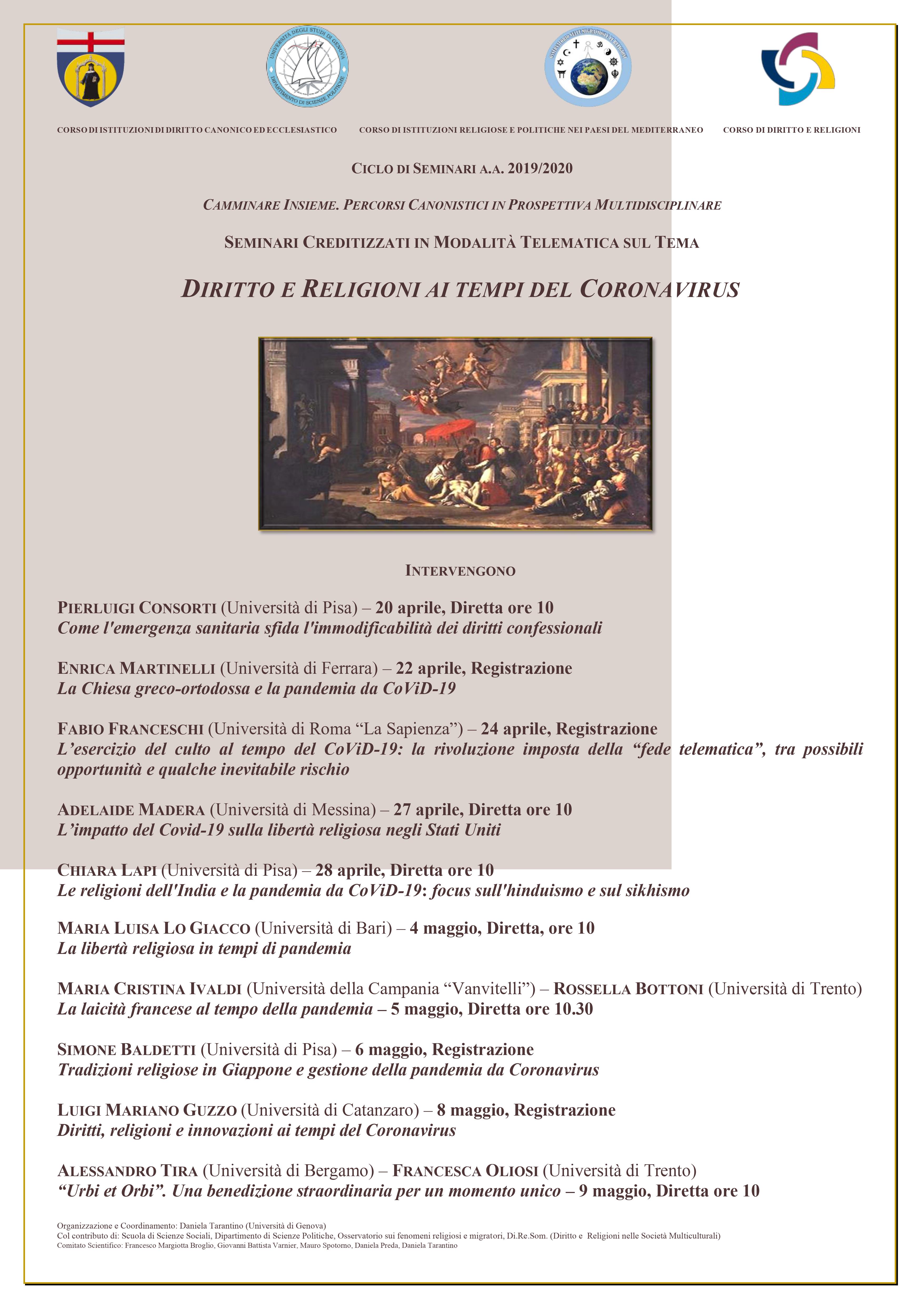